Dissolve Your Abusers Power – Here’s How

Do you feel trapped, confused and afraid of what might be coming next in your relationship?

The statistics we can see online about abusive relationships and domestic violence are probably wrong. My reasoning behind that statement is based on the fact that silence is still a huge problem, even today. In order to become a measurable statistic, the abuse has to be recorded, and I know from personal experience most of us never speak up.

If you do summon a moment of courage, and mention some concerns to a friend or family member - this is usually the response you get.

Why don't you just Leave?

The question seems simple enough, but people who have never walked in those tight, uncomfortable shoes (across mounds of eggshells) for years, have no idea how shallow and hurtful that question can seem to someone who has.

Mainly because you're already drowning in self doubt, shame and fear.

That simple question can just push you further away, overwhelm you and shut you down even further.

When I was asked that question, this is what I actually heard;

Are you oblivious to how that person is treating you, or are you just stupid, and it never occurred to you to leave ?

And this is what I actually thought;

Hell, I've even thought of murder you idiot!  Just to get free.

If it was that simple, don't you think I might have already done that?

My temper flared easily, leaving me extremely defensive, and very angry. It was just perceived as something else I should add to my list of things I was already doing wrong.

However, I suppose they were just questioning it from their 'healthy' (and perhaps ignorant) perspective. They really did think it could be that simple.

But to me, the question was insensitive, hurtful and even rude.

It would be like saying to someone who has been struggling to lose weight their entire life ...

I'm sure you haven't responded well to it either...

Meanwhile that proverbial wall comes up, and they'll never get another word out of you. I'd go for a really long walk, or jump in my car and drive too fast, until I could push my anger down and breathe again.

Even years after I'd found a way out of that abusive relationship, the question could still send me reeling right back into that shattered little world of mine.

In other words, it shuts you down, and you absorb it as more affirmation that nobody has a clue what you're going through, or the fear you're dealing with.

It's more confirmation that you are most certainly alone in the world, and you really couldn't make them understand even if you tried...

Let alone believe that they could actually help you.

I know I was certain nobody could help me for years. I felt very alone, and isolated, even abandoned.

So now that I have your attention...

Let me say this - There is absolutely no excuse for abuse.

The sooner you wrap your head around that one simple fact, the sooner you can make healthier choices for yourself.

You'll relate to this article about abusive relationships if;

You're currently experiencing abuse in your relationship (read this if you suspect you are, but you're not sure)

You have recently escaped an abusive relationship.

Or even if it's been many years since you found a way out.

I'd also like to say that this article isn't just for women, the statistics around abused men is staggering as well.

But if you think 'us girls' are bad about speaking up about our destructive relationships you'd be amazed at how many men keep it under wraps. We are ok with sharing our feelings and talking about almost everything.

Most guys however, have a much harder time sorting through that stuff. They're reasons for staying silent will be even be more paralyzing.

They don't want to be laughed at, or appear weak and defenseless in front of other men, especially if it's a woman abusing them.

It doesn't matter who's dishing out the abuse either;

Friend or your sibling

It doesn't matter - it's still abuse, and there is still NO EXCUSE.?
So why am I drilling that point in?

Because I believe (in my humble experience) that really grasping that fact is the first step to finding your way out of an abusive relationship.

To truly finding it in your heart to forgive yourself from the one you already escaped...

Believing you're worthy of being treated with love and respect;?

So stop making them...

You should also know that abusers come in all different shapes      and sizes.

Sometimes they aren't really obvious. They can be Masters of Manipulation and can make you feel like you're the one who's crazy and out of control - not them.

Abuse isn't always about punches and bruises either;

It can also be verbal, emotional and sexual.

Regardless of who it is, or how they're serving it up...

There are NO Excuses for it.

Ok, so you've got the point, just be sure you really believe it, and then use it as fuel for the next step.

Once you really let that sink in, it's imperative that you truly believe that what's happening (or happened) is wrong no matter what the circumstances.

No matter how "alone" you think you are.

Regardless of how nice they are 'some of the time' or how many times they've apologized for their behavior.

And especially if they tell you it's only because they love you so much, and promise it will never happen again.

It did...and it will.
It's way Past Time we Speak Up about Abuse in our relationships!

Talking about it is the last thing you want to do;

I know, I truly understand.

But because I didn't grasp the concept at the time;

I spent 10 toxic years terrified, ashamed, and scared to death.

On some strange level even believing that maybe I deserved the terrible treatment. Like I had somehow brought it on myself.

I've come to learn...that abusers want you to believe just that.

They must keep you from talking - to protect themselves. They'll alienate you from your family and friends over time.

Sometimes it's not obvious, you just wake up one day and realize it's been years since you've spent any time with the most important people in your life.

Sometimes it's with threats, but it's always for the same reason. They don't want to you have access to that anchor. They'll have more control if you don't have your natural support system around you.

We also find ourselves making excuses for them.

Or, They might threaten to kill themselves or both of you IF YOU talk.

So we make MORE excuses for them.

Eventually it's the Only Voice you ever get to hear.

That's how they can be sure you believe them when they tell you that you're to blame for everything that's happening to you.

The voice I heard on an almost daily basis, told me I was worthless;

And eventually I learned to truly believe it all.

You have to find your voice. It dissolves the Power they have over you.

Read that again  - it dissolves it.

Here's another big one I wish I knew back then;

You are not alone!

Oh my gosh...I know you think you are, it sure feels that way, but you're not!

Abuse is everywhere and it affects all ages.

Why is there so much of it happening?

Do you know what the key ingredient is?

The abuser needs you to stay quiet, in fact they count on it heavily. You comply because of the shame, fear, embarrassment and certainly the threatened consequences.

Or sometimes it's just the perceived consequences.

But it's enough to keep you quiet.

So I encourage you to break that silence.

NOT with the abuser, but with a friend, family member or a professional counselor. Don't let anger, shame and guilt take over, like I did.

Use it as an opportunity to change your life for the better.

If you're Currently in an abusive relationship, and someone does ask you that stupid question...

Why Don't You Just Leave?

Here's a Better Way to Answer it:

"It's not that simple. I'm living in a perpetual state of fear. I don't understand how someone who is supposed to love me can hurt me so badly. I'm so ashamed of how I allow them to treat me. Why am I feeling so completely alone? I need to talk about it. Can you help me?"

I know it already takes everything you've got to hold it together and some days you're exhausted and completely numb.

You feel like you're drowning, you have tunnel vision, and it'll take everything you've got to summon the courage to talk about it.

But Guess what - that's all it takes to start down your new path to freedom, forgiveness and safety.

It will be hard, messy even, you'll second guess yourself, and sometimes you'll wish you never opened your mouth. But you're strong and resilient and the alternative is much worse in the long run.

You only have one life to live - don't let someone steal that from you.

You really do deserve much better.

Find your Voice and use it.  Speak your truth...regardless of your fear.

Find some help, and then get yourself free;

I Know it's way easier to say than do.

I Know you're scared, and you do have to be careful if your relationship is current and volatile. (Get some professional help in this case)

I also Know that when you finally do summon the courage to break your silence, it will change your world immediately!

If you do nothing else with this information today - my hope is that you let these 3 things sink in;

In other words, you need to absorb this. Repeat it to yourself when you're feeling overwhelmed. If someone hadn't shared this information with me, I'm truly not sure where I would be today.

It's very possible I may not have survived it.

So in conclusion, it's time to Forgive Yourself and take charge.

Make good things happen from the bad things that happened.

P.S If you suspect someone you care about is dealing with abuse and needs to read this, please share it. It may be a way for you to help them.

More information to help guide you out of abusive relationships.

?Cheers to your freedom  -  Liz Porter 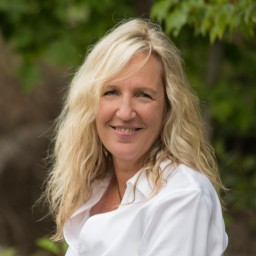 I'm Liz, the self-empowered, red wine & coffee lovin', personal growth fanatic behind this website. I've stopped shrinking into places I've outgrown and launched this site in pursuit of my passions. I'm a fan of straight talk and practical solutions - that's why I'm here to Inspire - Educate and Entertain you on your journey to becoming the best version of YOU!

Subscribe Now for Tips, Solutions & Inspiration!
PLUS+ Get Instant Access to my FREE 58 Page
Inspirational Guide - 7 Days to a Better You!
Sign Up Here
Don't like what you're receiving? No worries. Unsubscribe easily at any time!
x